Portrait of a ceremony

We have come a long way from our first confused and tentative steps in this new country.

Back in 2001 when we first came here our intention was to live here for at least the three years that my temporary employment visa would allow.  Now, just over 13 years later we have reached a point where we are able to really participate in our adopted country by becoming citizens.

Our ceremony was held on March 25th in the Lowell Memorial Auditorium where 798 new citizens were sworn in by a Massachusetts Supreme Court judge.

We had a long wait between arriving, being double-checked at the door and then taking the actual oath.  Plenty of time to take some video and still portraits of the ceremony.

We started our day at an American Diner in Lowell. 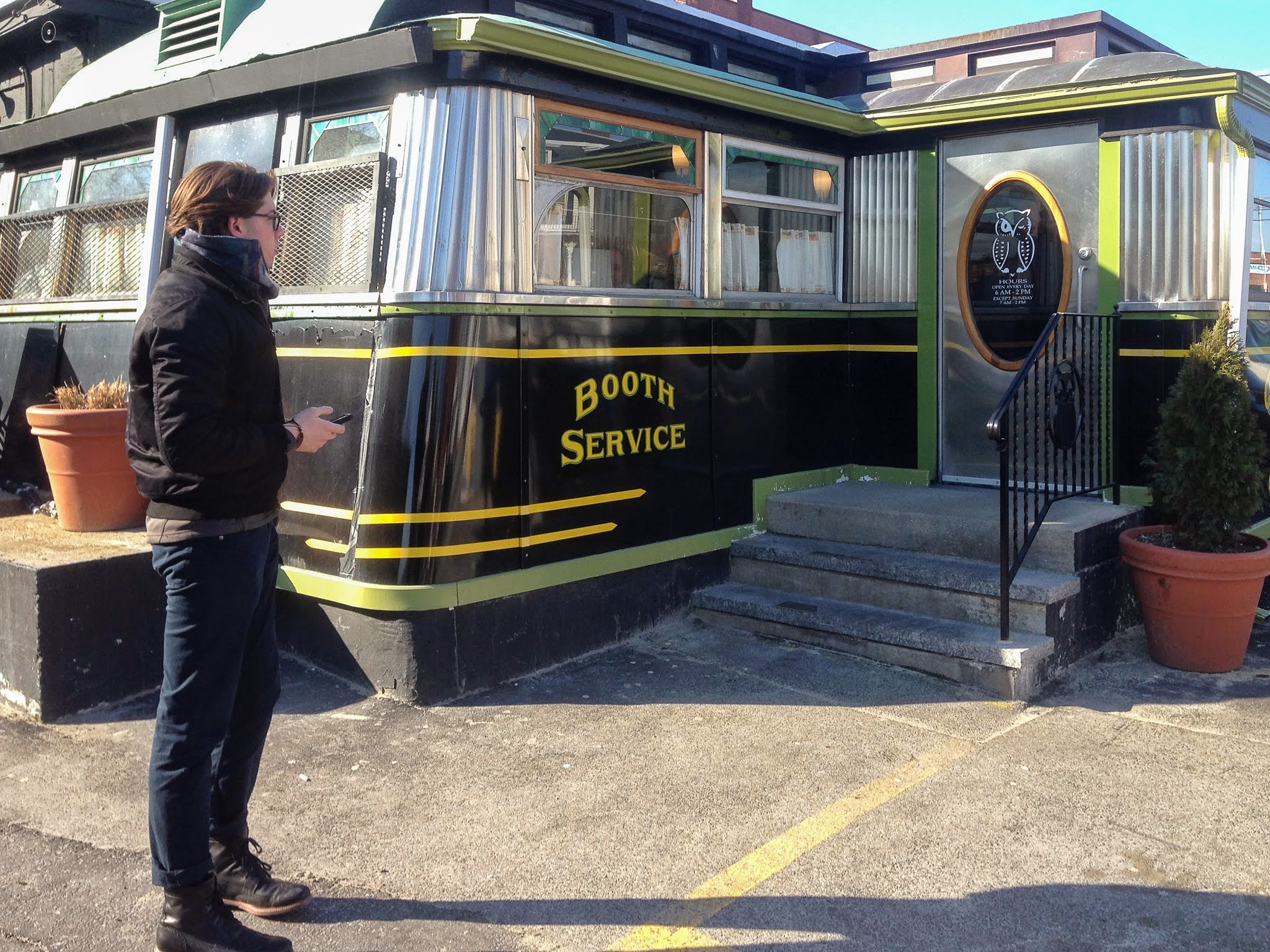 Nick and I settled into a booth near a window in the back and were fascinated by the light through the venetian blinds. 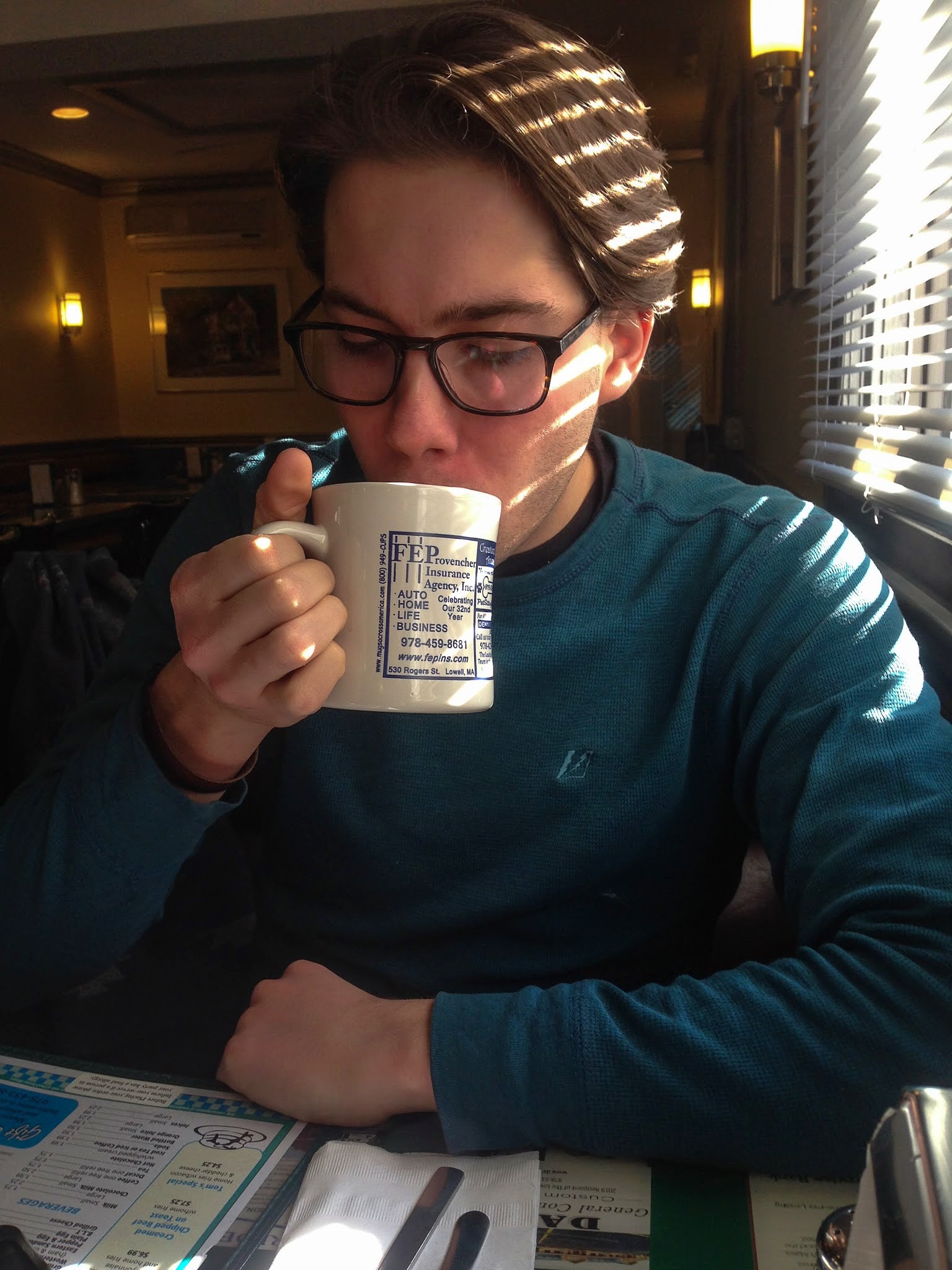 While we were eating breakfast, Charlie Baker, the Swampscott Republican candidate running for governor of Massachusetts, appeared at our table to introduce himself.  How ironic that on the the day that we became eligible to vote we would be canvassed by a political candidate.  No doubt there will be more of this to come. 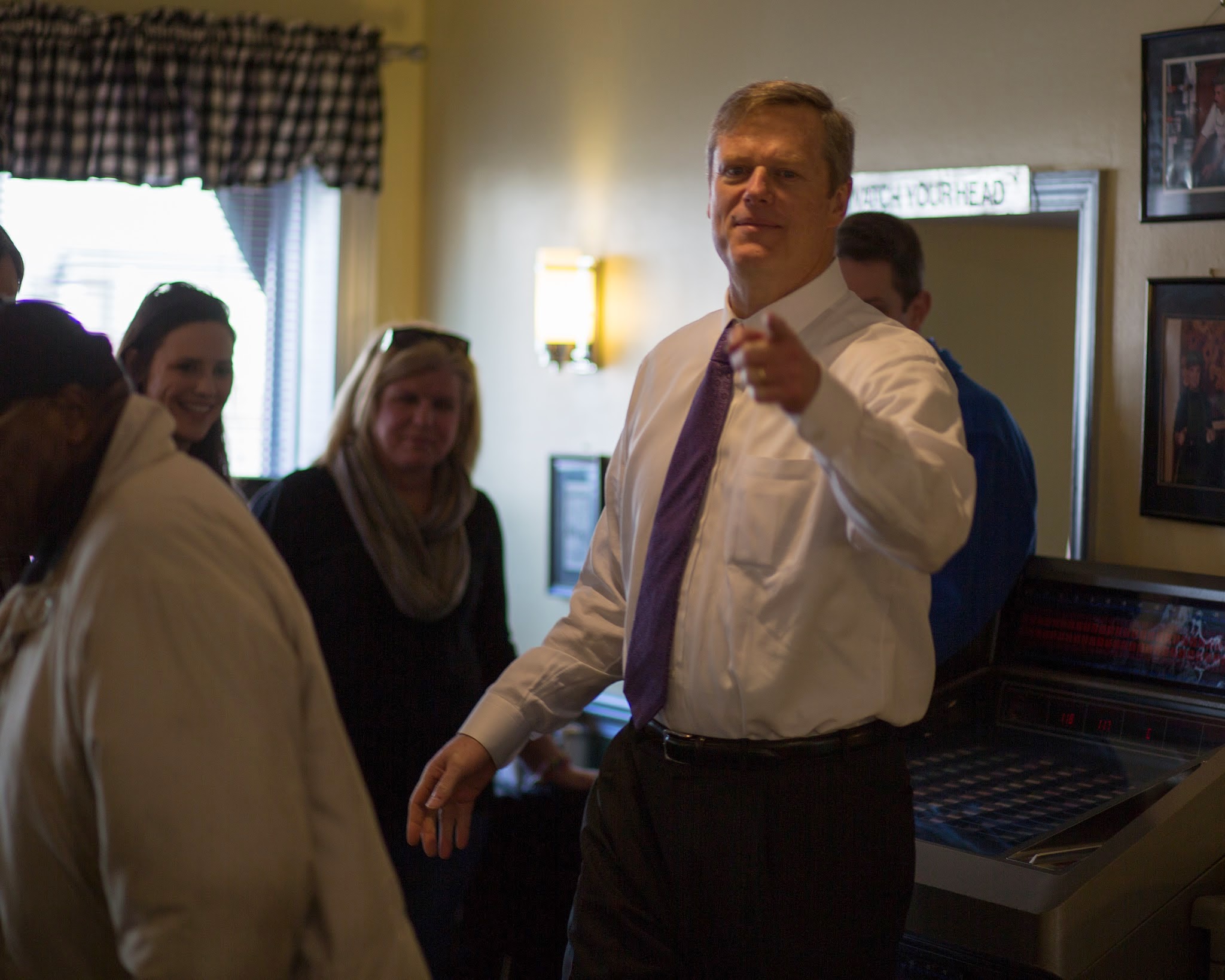 After breakfast we had a really hard time getting to the auditorium.  We didn't know it then, but the size of the ceremony had more or less brought the center of Lowell to a standstill as people arrived and looked for parking.

The immigration staff were more cheerful than they had ever been in previous meetings but were still pretty forceful and aggressive as they sought to settle and organize the crowd of applicants into the hall.

In the lobby, a long line of us waited for our green cards to be taken and for the last round of questions: "Are you still willing to bear arms for America?",
"Have you committed any crime since your last interview?",
"Has your marital status changed?". 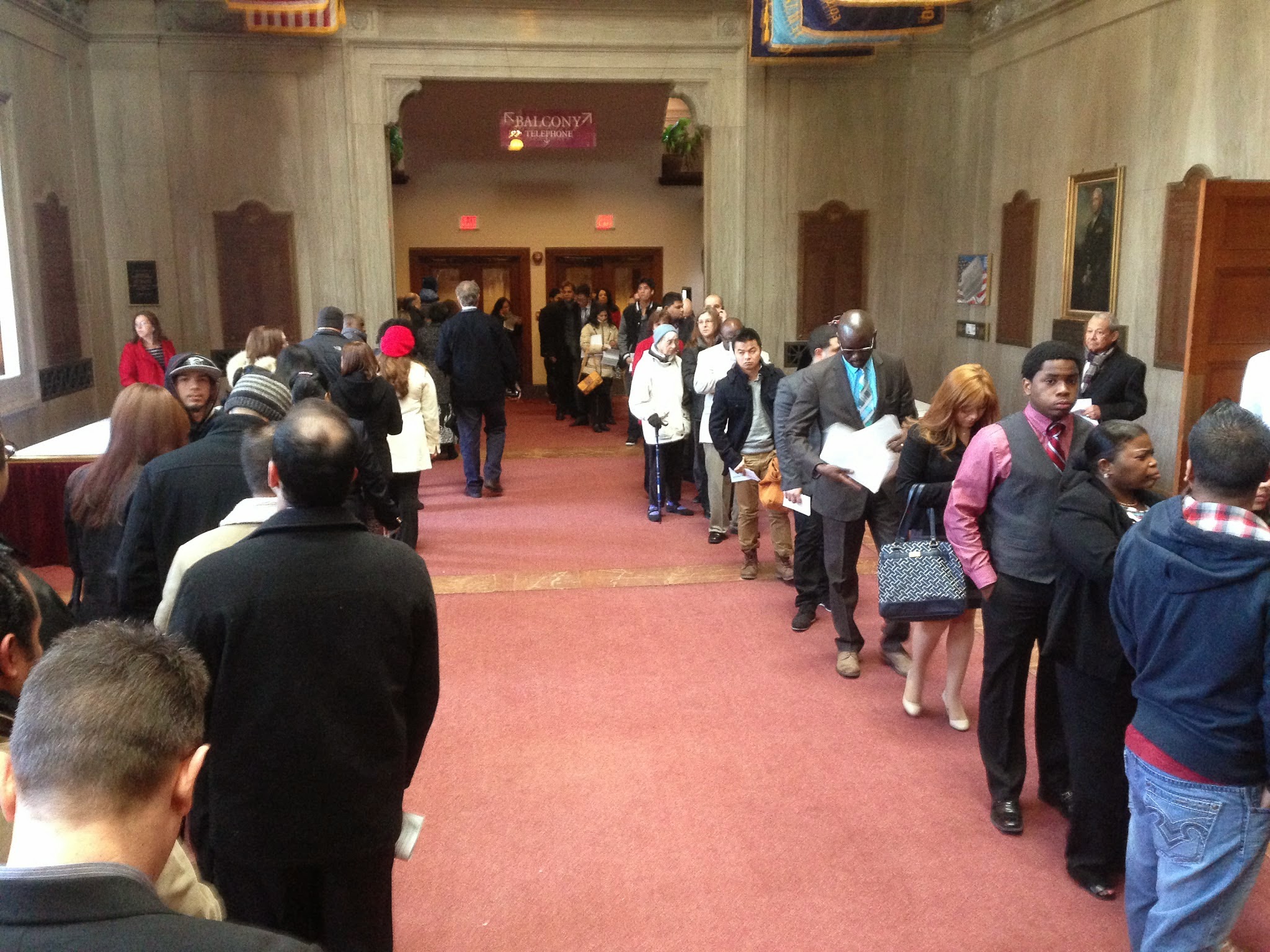 One poor guy who seemed Eastern European with a poor command of English was standing flustered as the immigration official tried to ascertain whether he had changed his marital status or not. Hopefully they sorted that out for him!

Once we were inside, sitting in these incredibly narrow seats, we had to wait for 2 hours until the judge arrived for the ceremony.

I suppose, considering how it might be a long process, they buffer in enough time to get everyone organized so that the judge is not kept waiting while they seat everyone.

All applicants were given these little flags and the paperwork with checkmarks on it that confirmed that we had answered the new round of questions correctly and were sent to sit in the bottom of the auditorium.  Their partners, family and friends were sent to the balcony as mere spectators of this event.

Luckily I had Nick with me and we were able to complain about getting bored together. 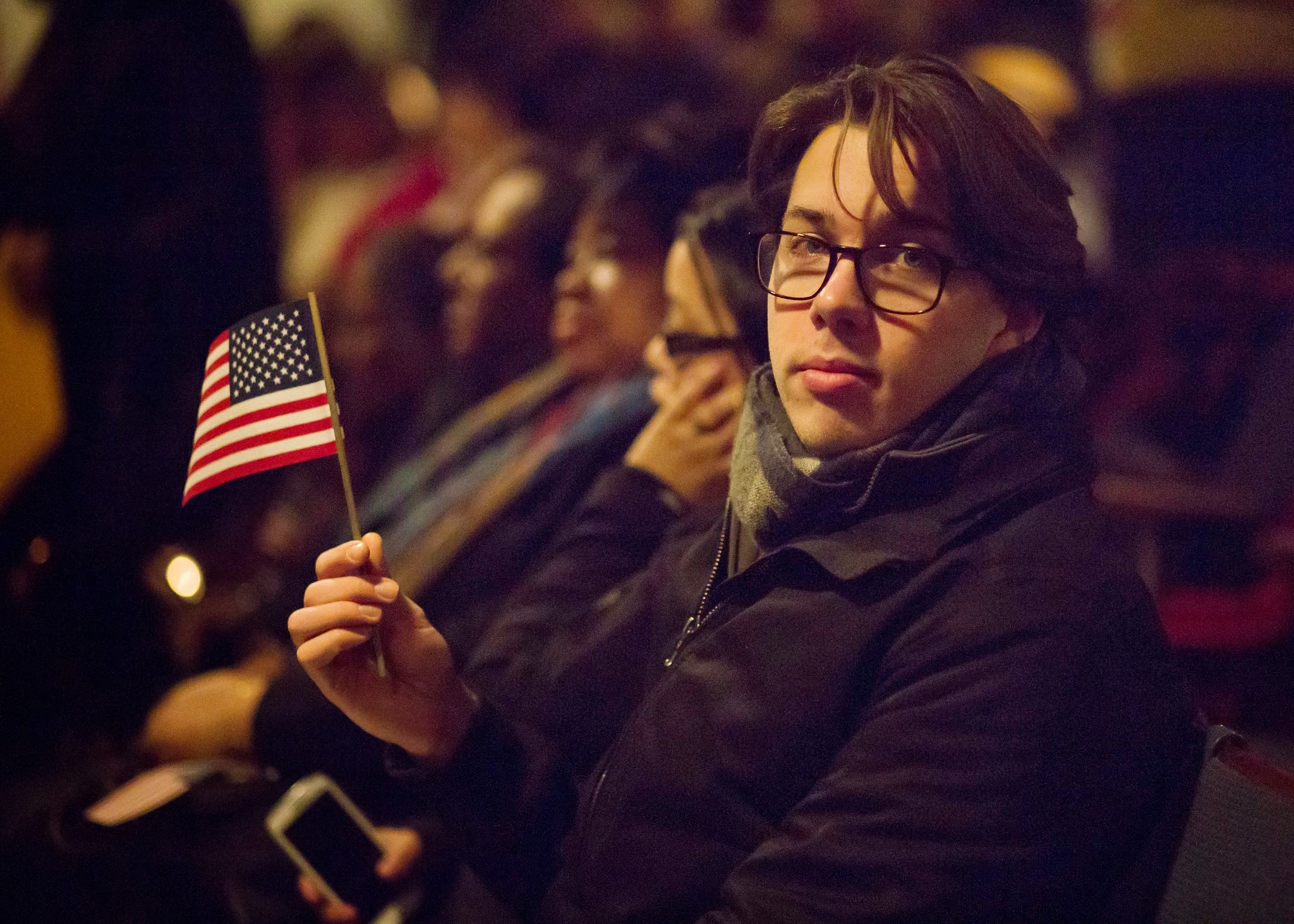 When the judge arrives, the auditorium is converted into a courthouse with the announcement by the clerk of the court that we are all invited to draw near "so that we might be heard", followed by very brief remarks by the person representing immigration services about the number of people who were changing their names and the number of people applying for citizenship and how very carefully they had all been investigated. 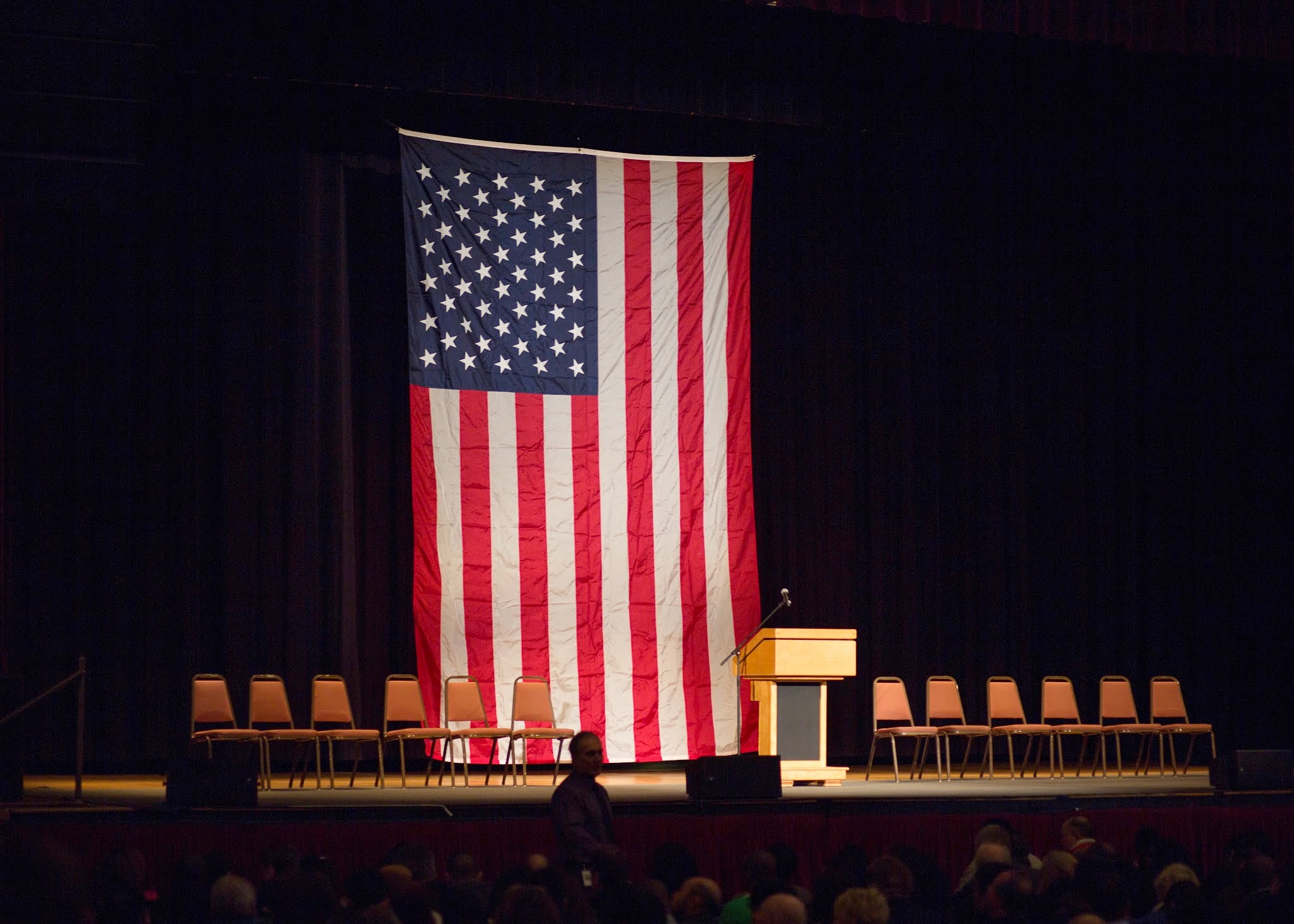 The judge is bound by law to talk to the new citizens about the responsibilities of living in a democracy and it was interesting, having been to Anne's ceremony a week before, to hear the two versions of the same speech encouraging participation in the democracy to ensure its continued health.  "It has been said that democracy is the worst form of government, but there are none better...."

And then amidst all the chaos of the certificates and of people straining to hear their names being called - a sense of relief and joy. 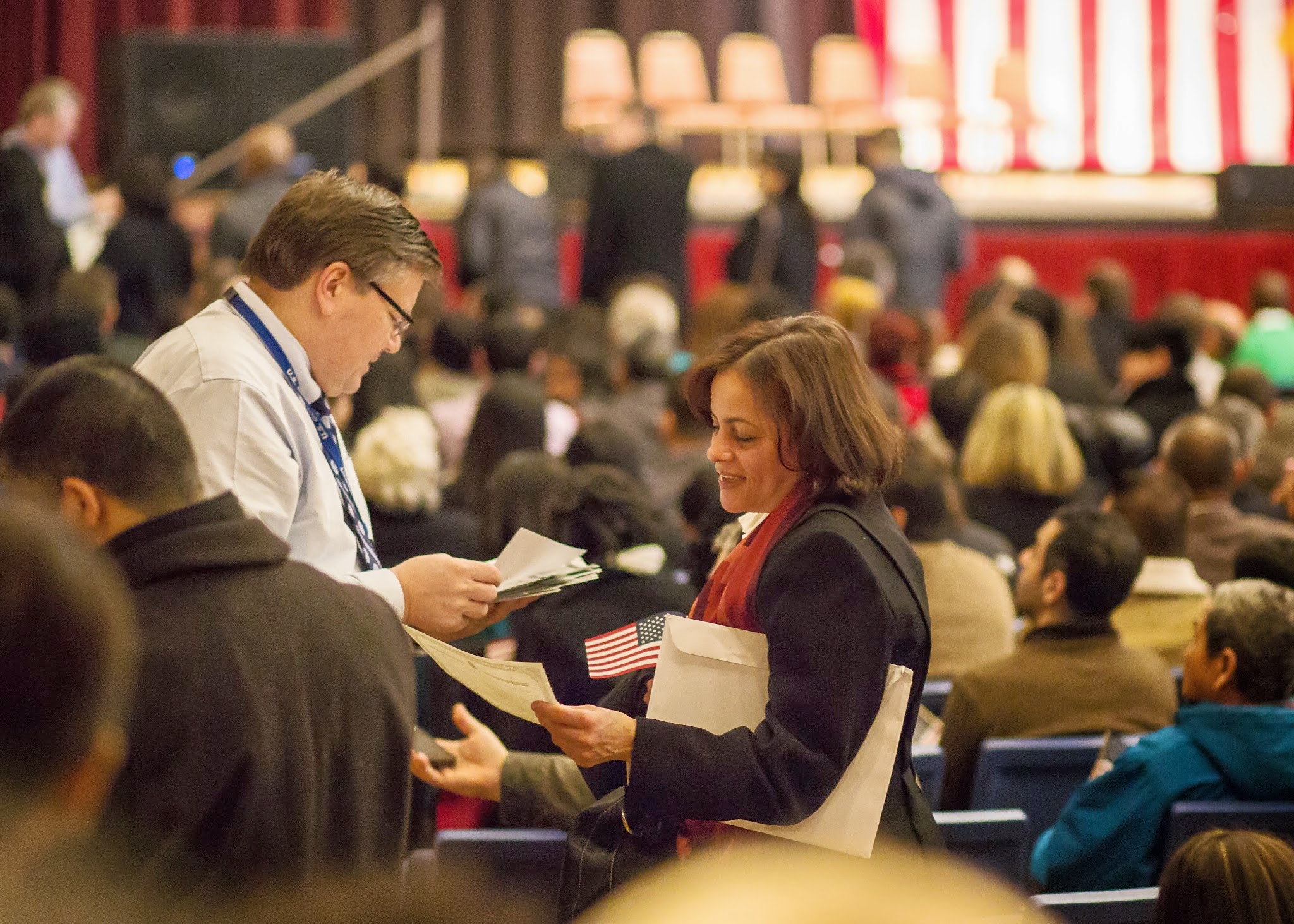 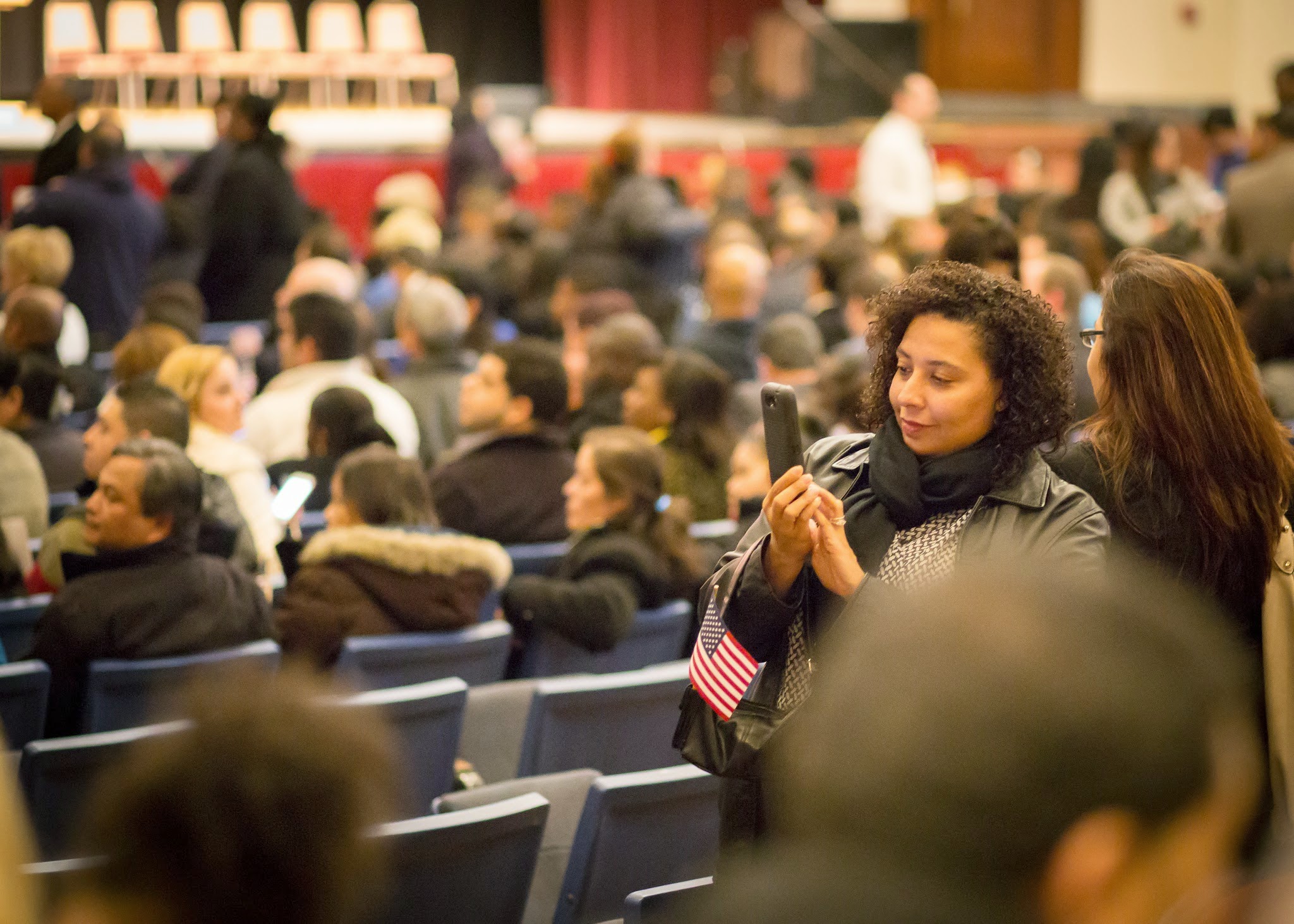 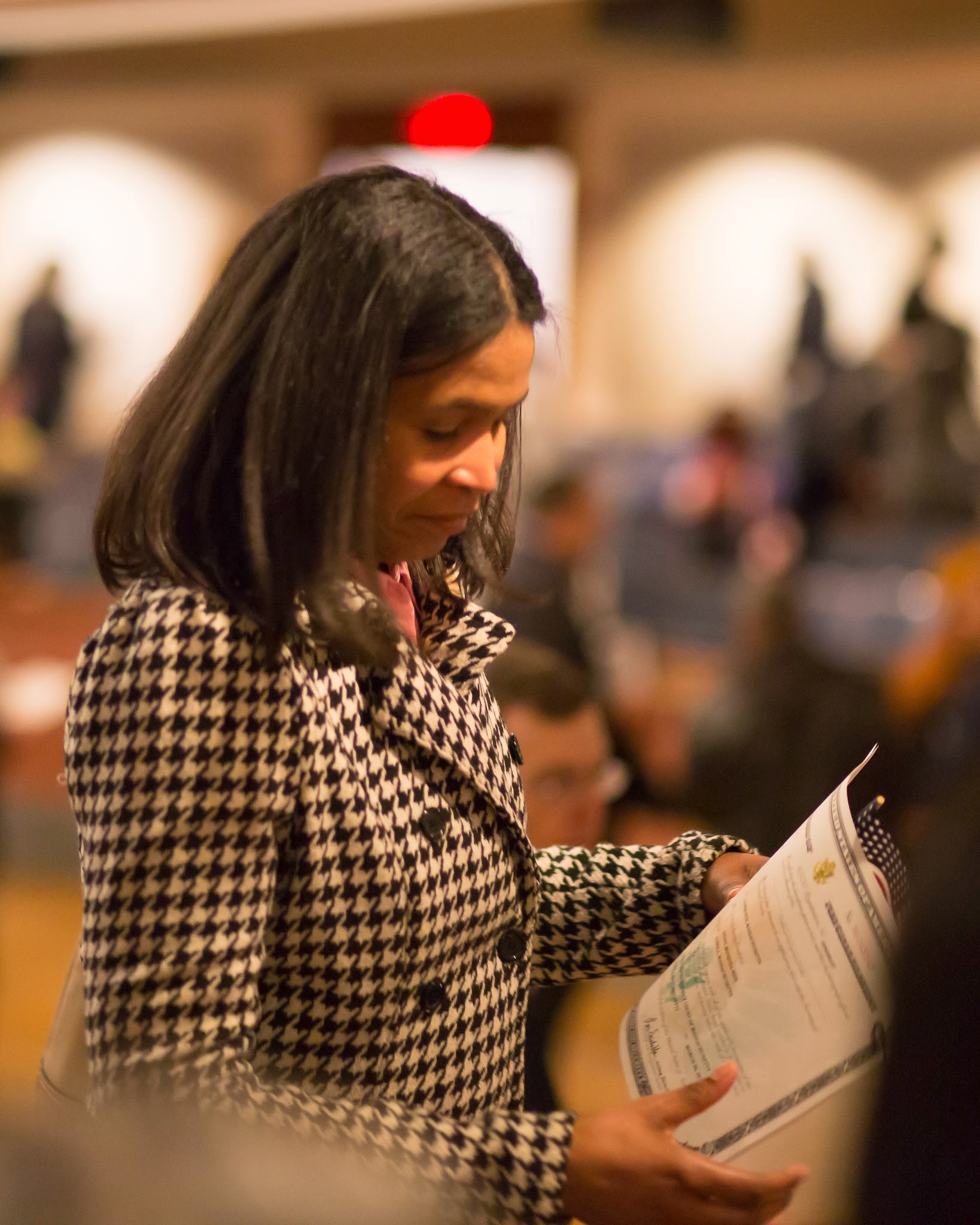 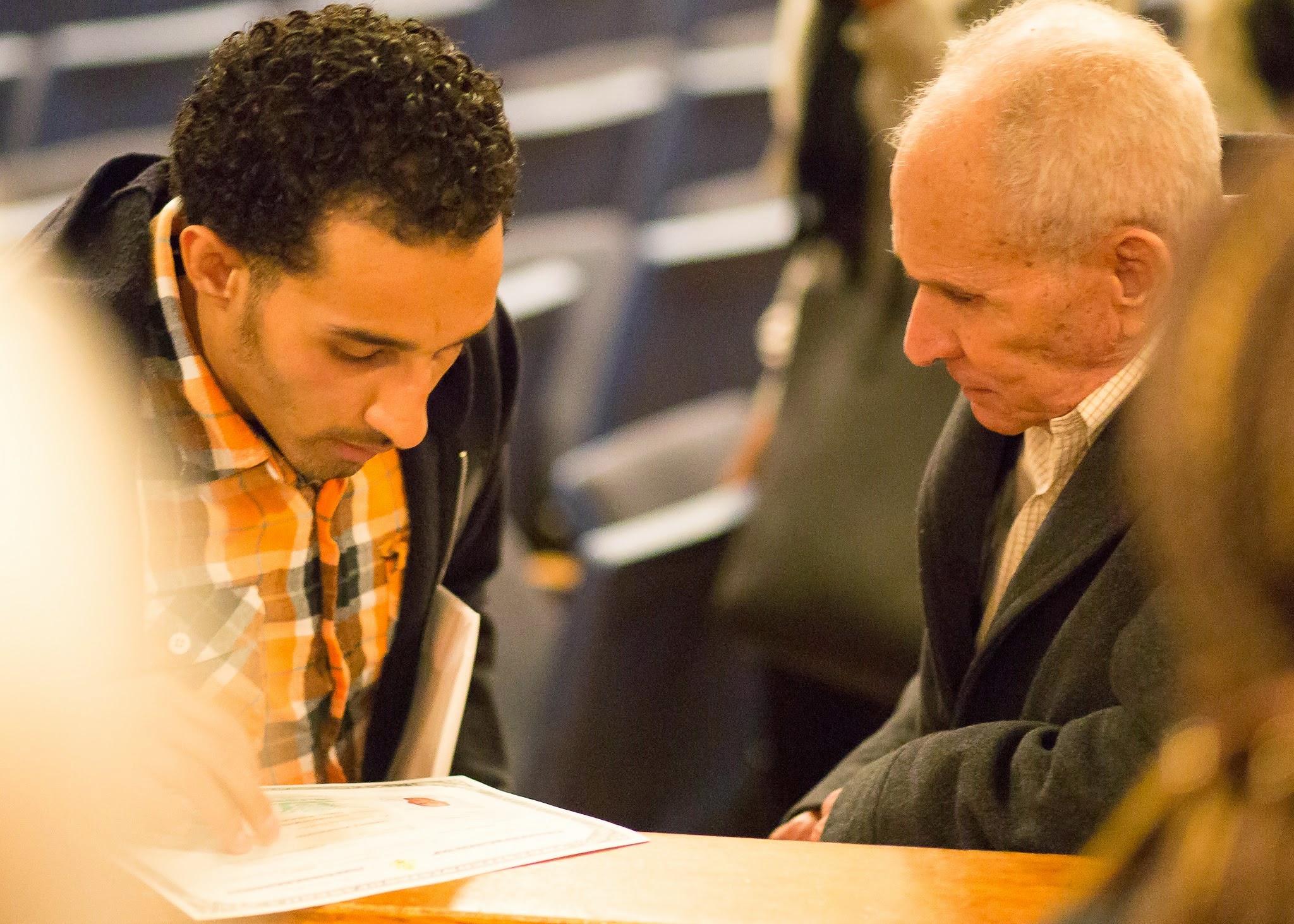 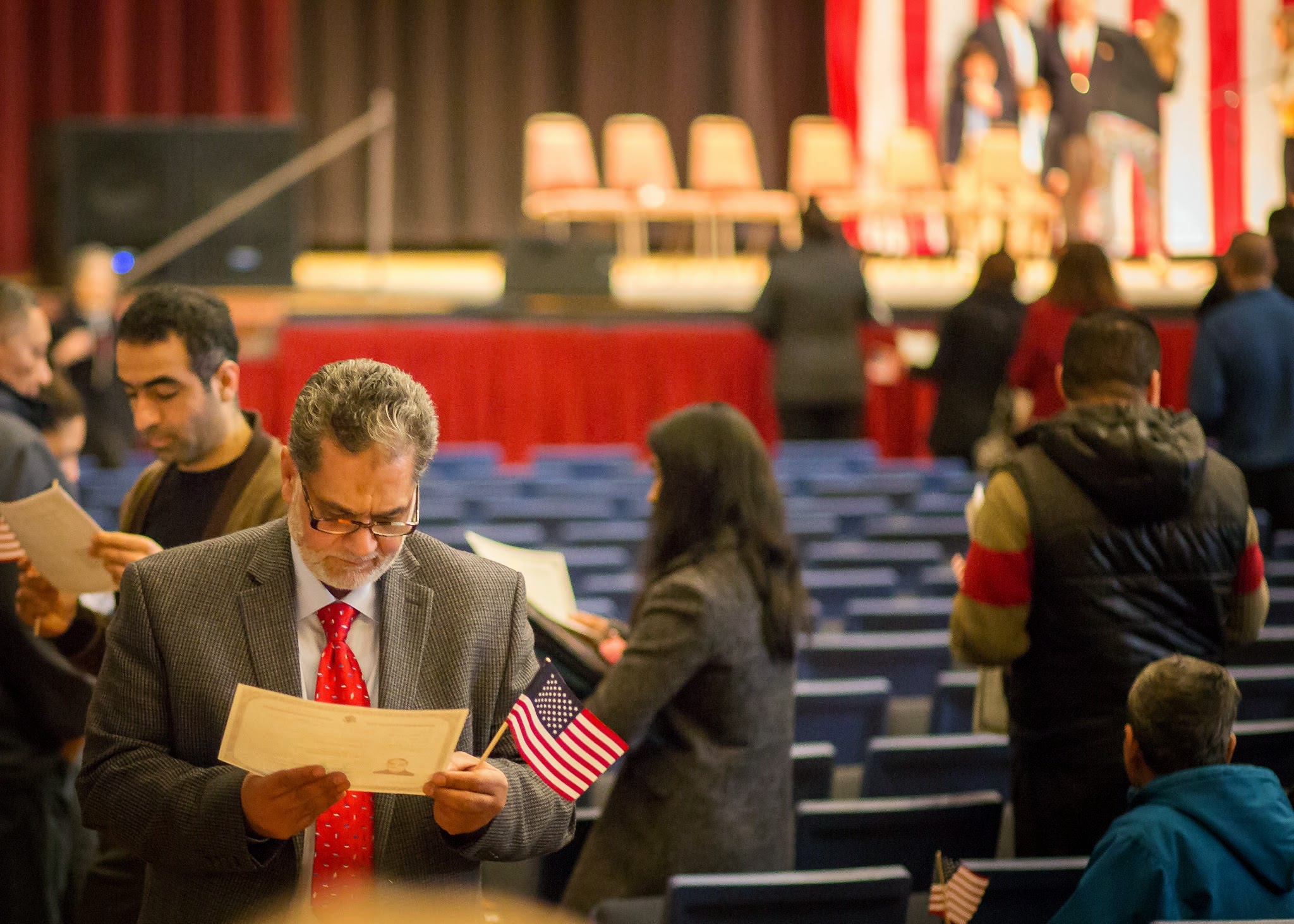 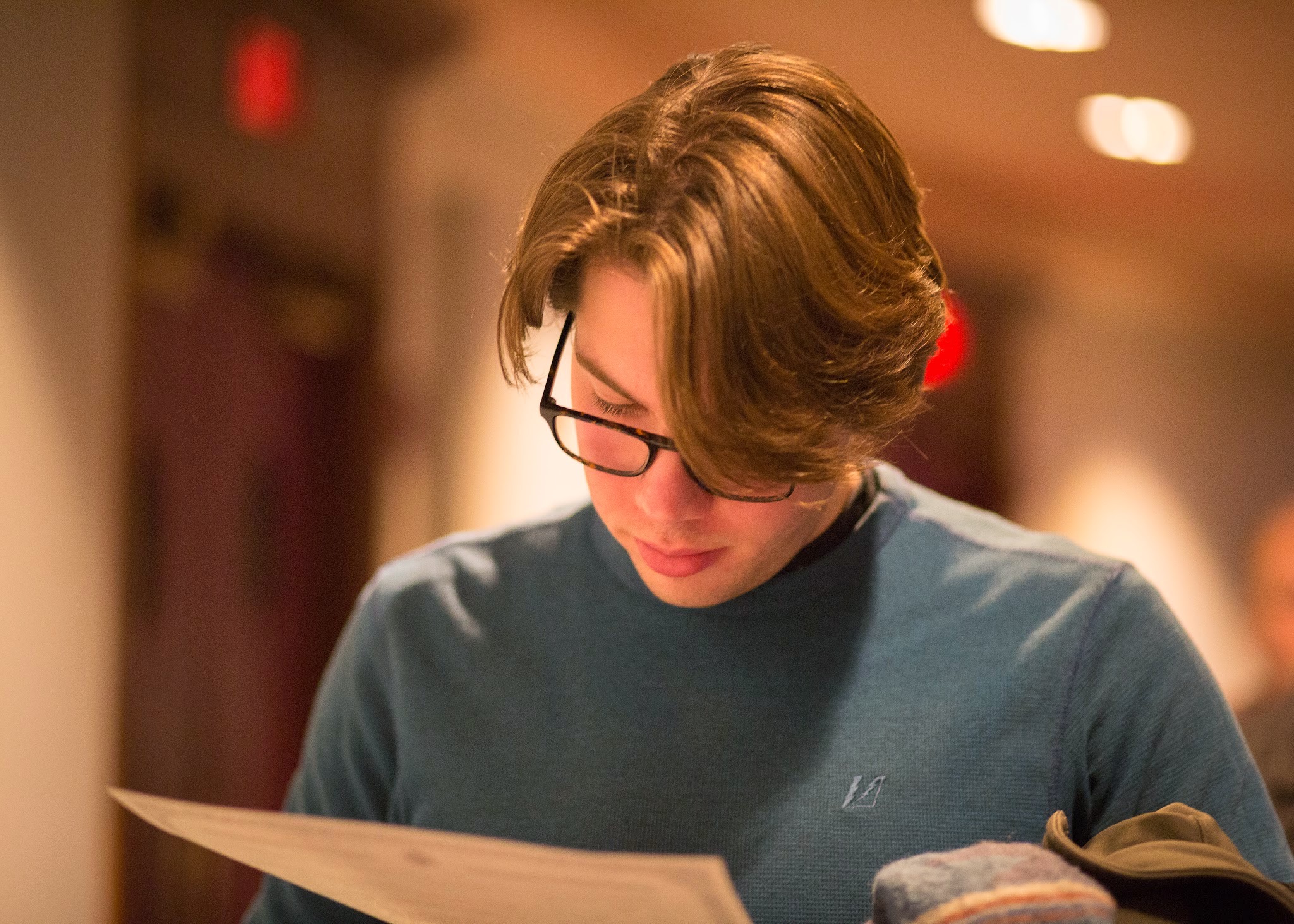 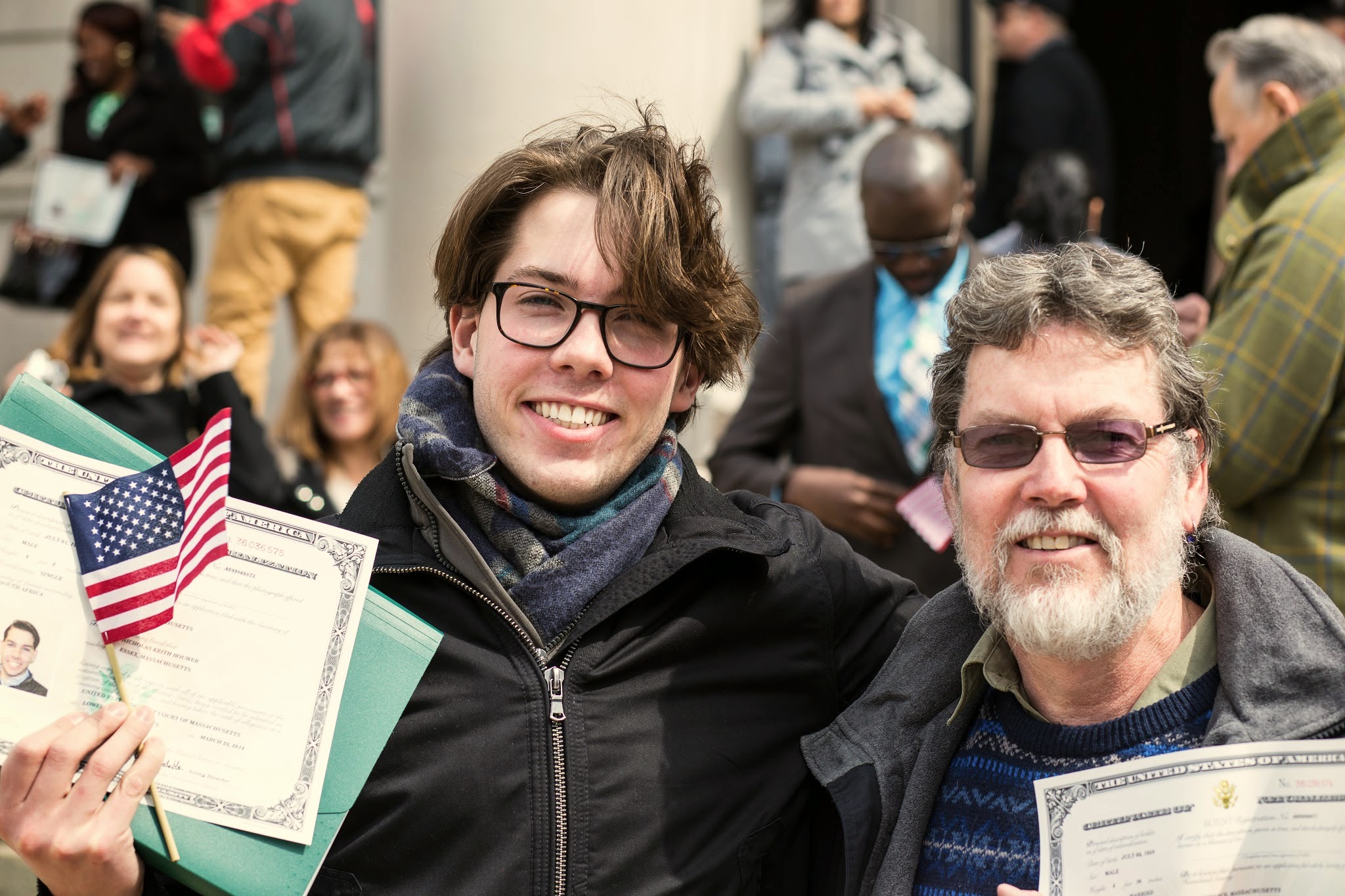 I last wrote about the trigger kit that I assembled with a friend over a couple of weekends.

This weekend I finished a second trigger sensor - the one that reacts to sound.  Of course once I had done this I spent Friday evening trying to capture a balloon bursting.

Even with the shortest delay, the force of a balloon bursting is so great that I was not able to capture the balloon with no motion.

I used the flash trigger for the balloon photographs thinking that I'd get better speed from the flash of light than from the shutter speed.  This meant working in a dark room with a few second's exposure and  letting the duration of the flash light take care of freezing the action. 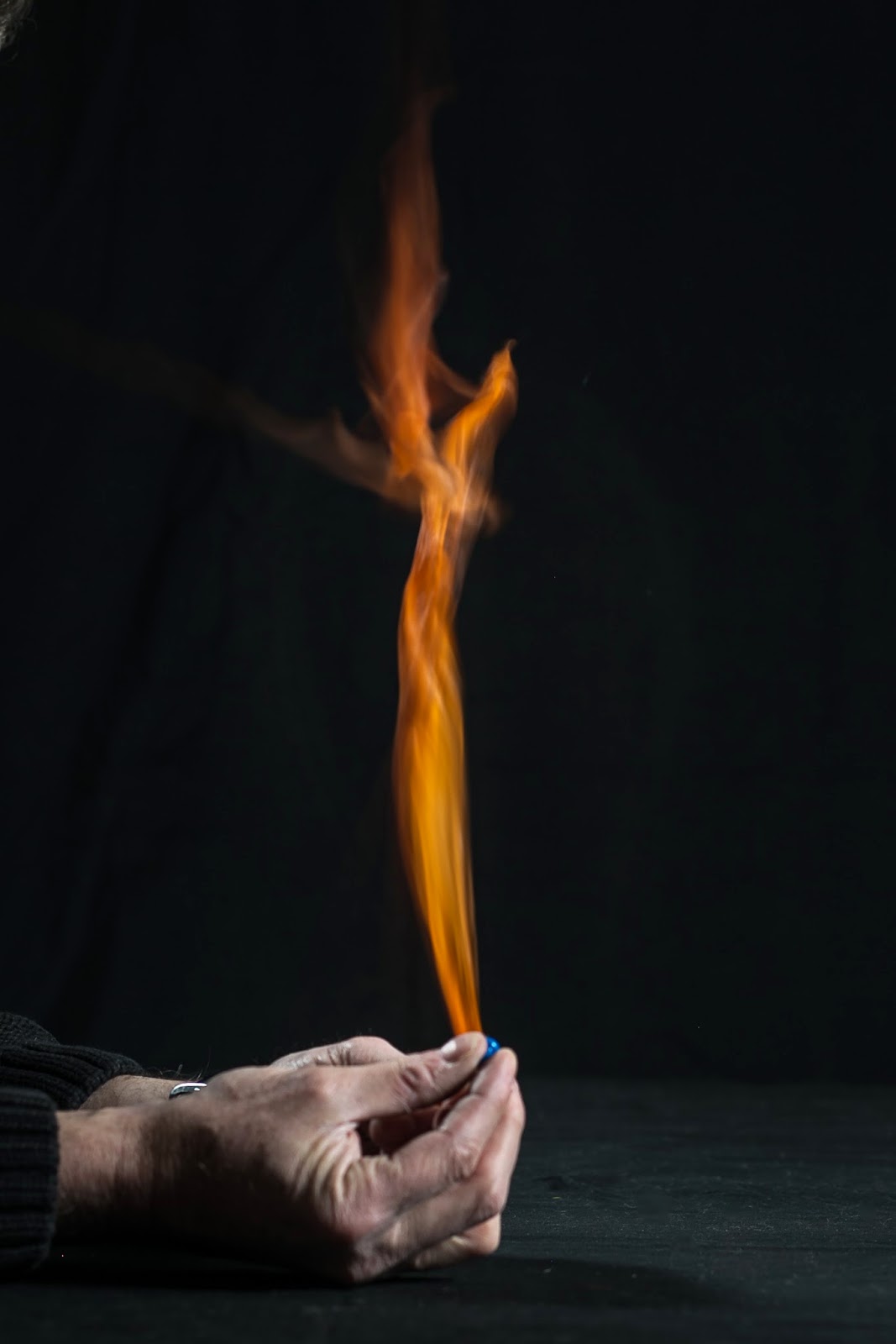 I read somewhere that the regular speedlite flashes produce a burst of light that can go up to 1/50 000th of a second which is considerably more than the fastest shutter speed of the camera (1/4000th of a second) but I guess I should have done more research on this because even when I reduced the power of my flashes they were not able to stop the balloon in motion.

The few times the balloon was caught in frame did create interesting effects but I am really looking to freeze the motion completely.  The web site that I bought the trigger kit from has a manual that I am going to have to read to get more information on this. 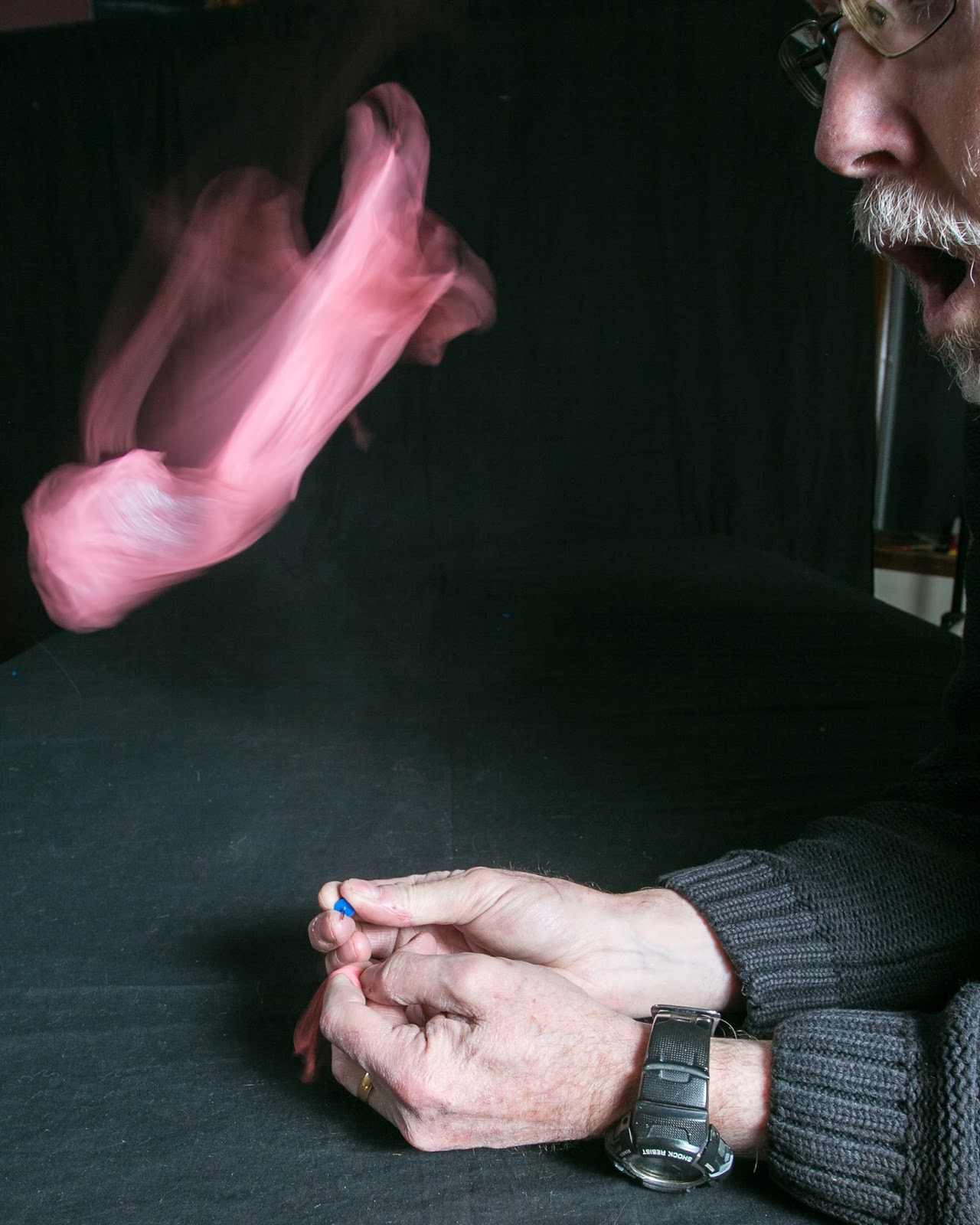 After (running out) giving up on balloons I went back to experimenting with the sound trigger/remote shutter release combination with light bulbs.

I remembered once seeing a bare light bulb get shattered in a storm when water was blown onto it and I imagined that the popping sound of a bulb breaking like that could be a worth exploring with the kit.

During the week I had bought a few small appliance light bulbs and experimented with breaking them with drops of water.

The first try resulted in little more than a fizzle and the bulb filling up with smoke as the air came into the vacuum through a crack.

I realized that I needed more than a few drops and had some success dropping a large spoonful of water from a cup onto the hot bulb.  Of course there are all sorts dangers inherent in using water near electricity like this so I don't recommend that you try this at home!

As the glass breaks, the air coming into the light bulb usually causes the bulb to flare and does give a loud enough pop to trigger the sensor.

I got a few really satisfying images from this experiment before giving up for the night.  It turns out that for these photographs the sensor and trigger are more of a convenience than a necessity.  It allows you to work alone setting things up and taking the images.  I think that you could as easily capture these with a willing assistant.

One thing that is key with the light bulb is getting the exposure right so that the camera is not overwhelmed by the light.  This is fairly simple - you just expose on the lit bulb as if that is all you are photographing.  In my case I also had flashes that fired to light up the bottom of the bulb.  The photograph below was taken without flash. 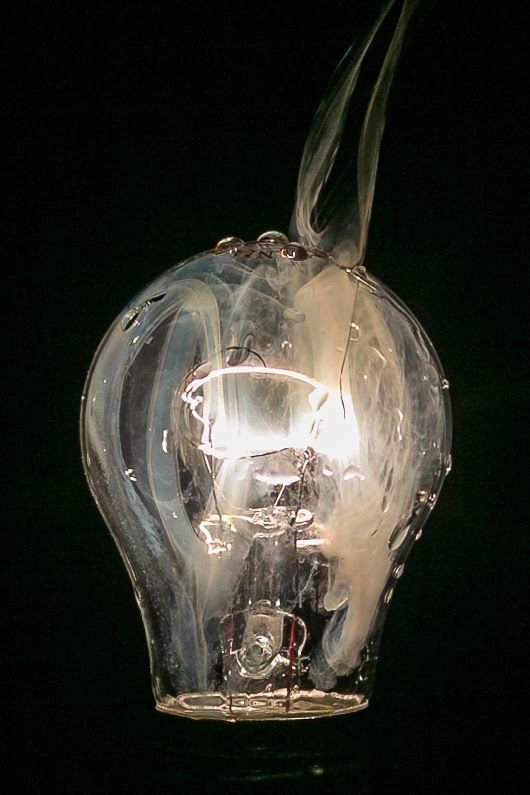 I was also frustrated during the balloon experiments because the "instant" trigger switch wasn't working on the gizmo.  I was only able to use the trigger that has a delay between the sensor activation and the camera or flash trigger being fired.  I opened up the box to see if I could figure out what was wrong in there.  After examining the photographs on the web site with instructions, I discovered that I (oops) had not soldered the wire from that switch to the board - in fact it was tucked in and not connected to anything!  Another demonstration of how miraculous it is that it worked at all!  Imagine if the loose wire was critical to the central components! 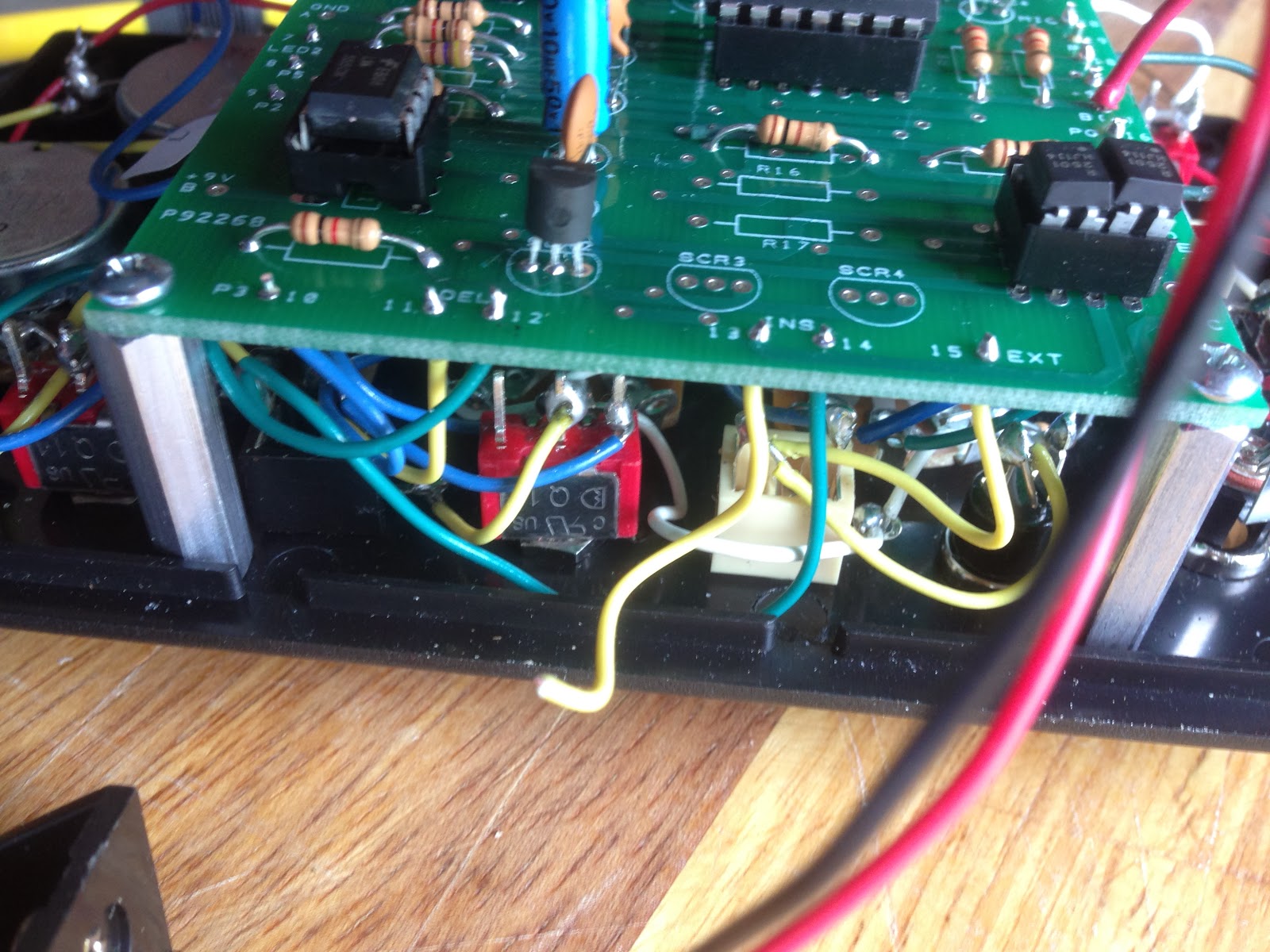 After fixing that this morning I was back using the photo gate trigger.  I was curious about the distance that the trigger can tolerate between the sensors.  As they are wired, they end up being pretty closed together but by making them parallel I was able to point them at a mirror and get a much wider area through which I could drop larger objects than the ice cube in my original experiments. 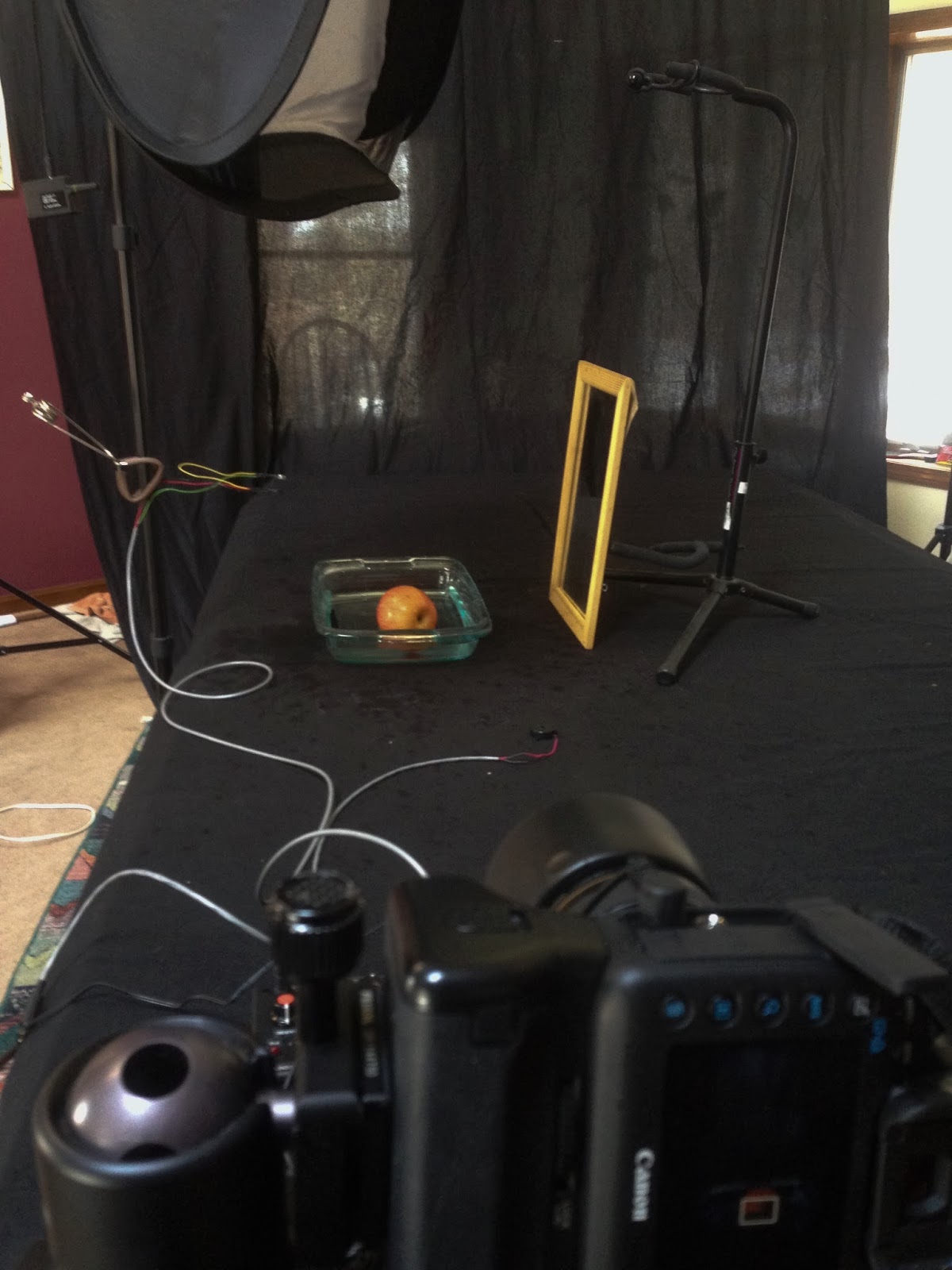 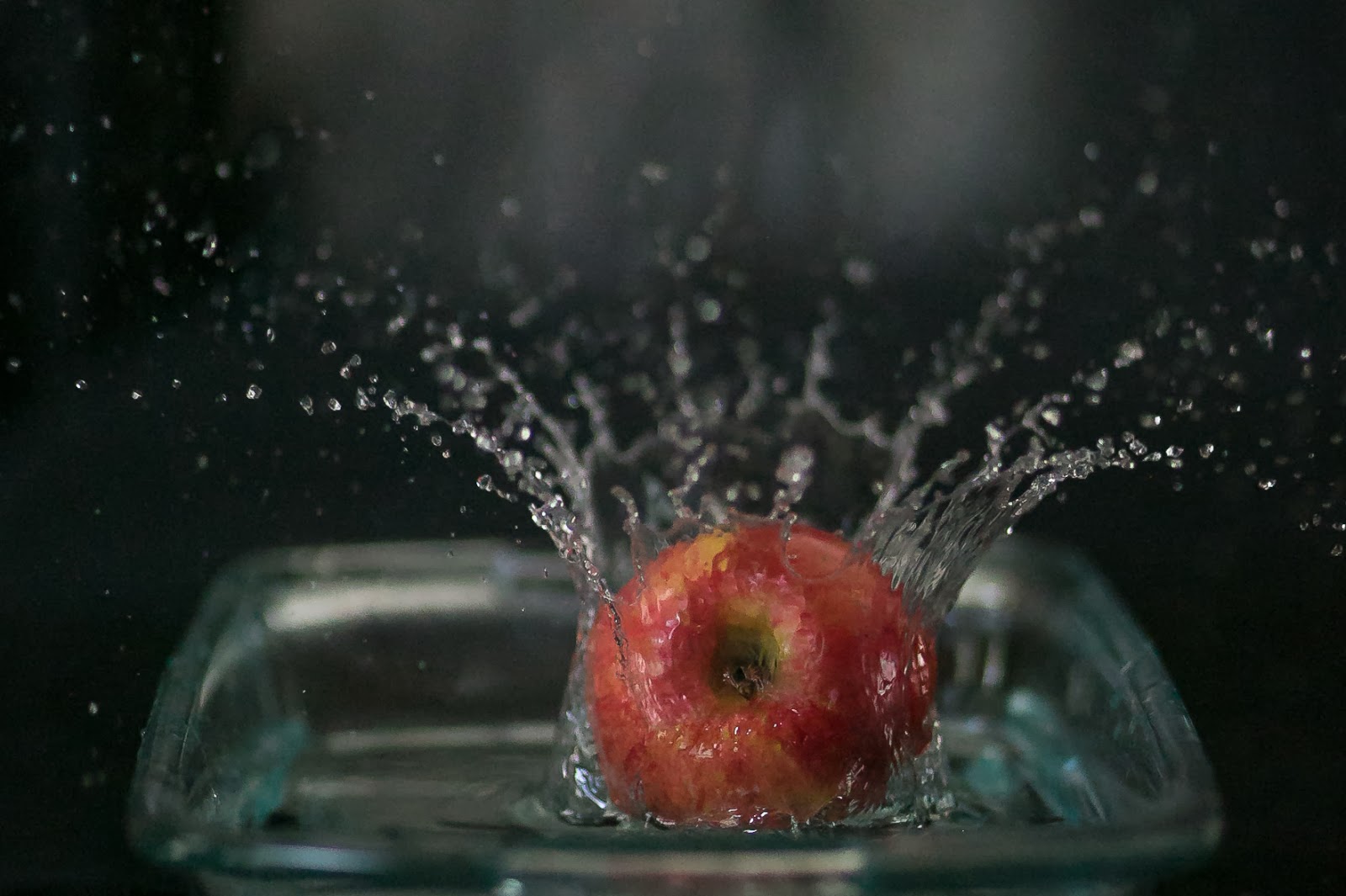 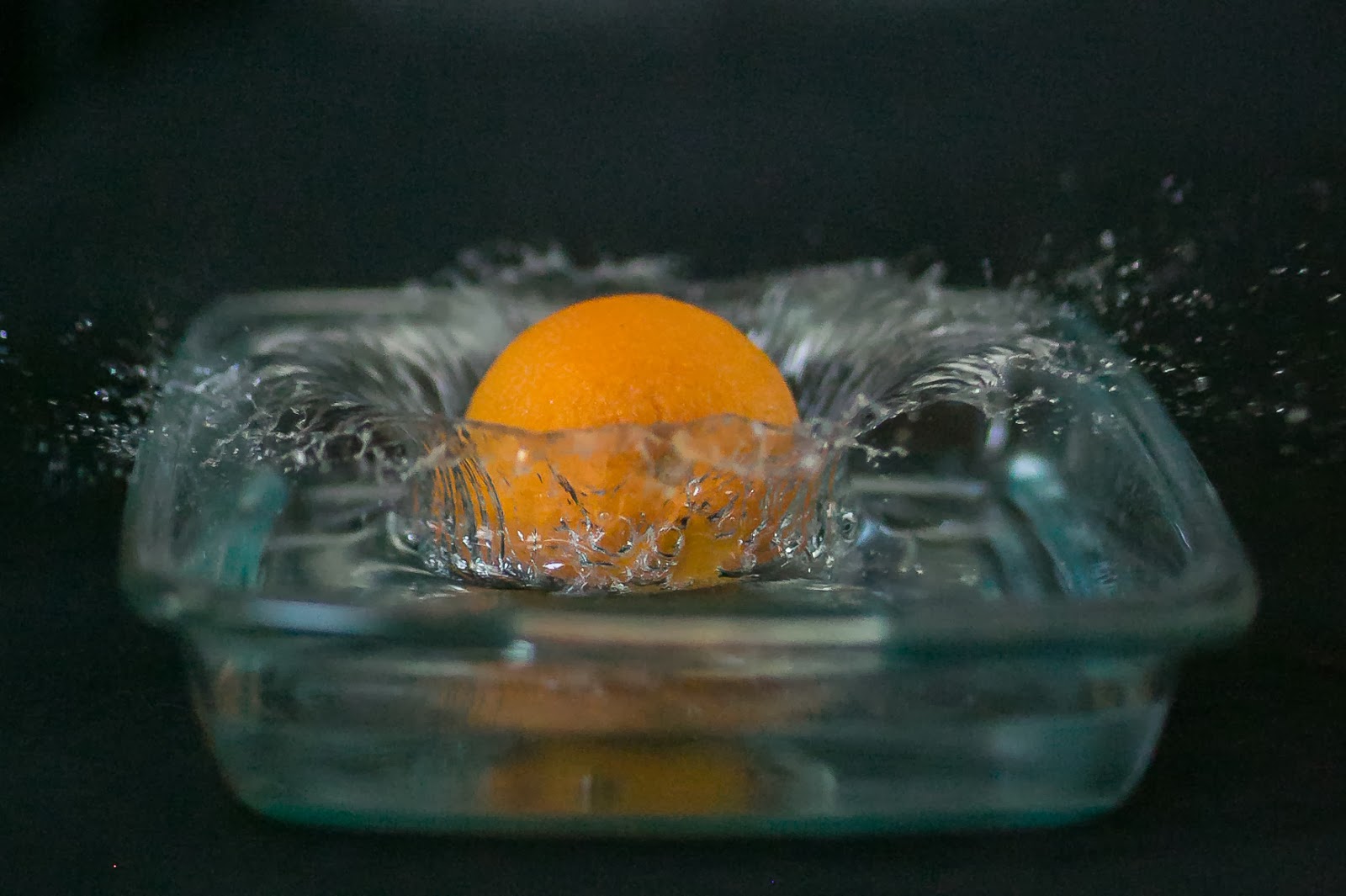