A few weeks ago a friend of mine suggested looking into a kit that is offered to allow you to trigger a camera or a flash.

A website called HiViz offers these multi-trigger kits that we heard could be bought pre-assembled (this turns out not to be true - at least not after considerable searching on their site).

So we each bought a kit and got together two weekends in a row to assemble them.

We opened them kits and saw with dismay that there were plenty of parts to assemble.  The instructions are very good but with a project this big there is huge scope for error.  Parts that have to be connected one way only (with two positions), wires labeled, cut and connected to numerous places on the board.  As we worked we cross checked each other and came across several errors that way - simple mistakes that could cost the entire project.

This isn't a bad business model.  The parts are all standard and they are offering a great service with little risk.  If you follow the instructions you will have a functioning piece - if you take one mistake the problem is on you and not on the provider of the parts.

By the end of the first day - after probably about 5 hours of soldering, checking and re-checking we got about half way through. 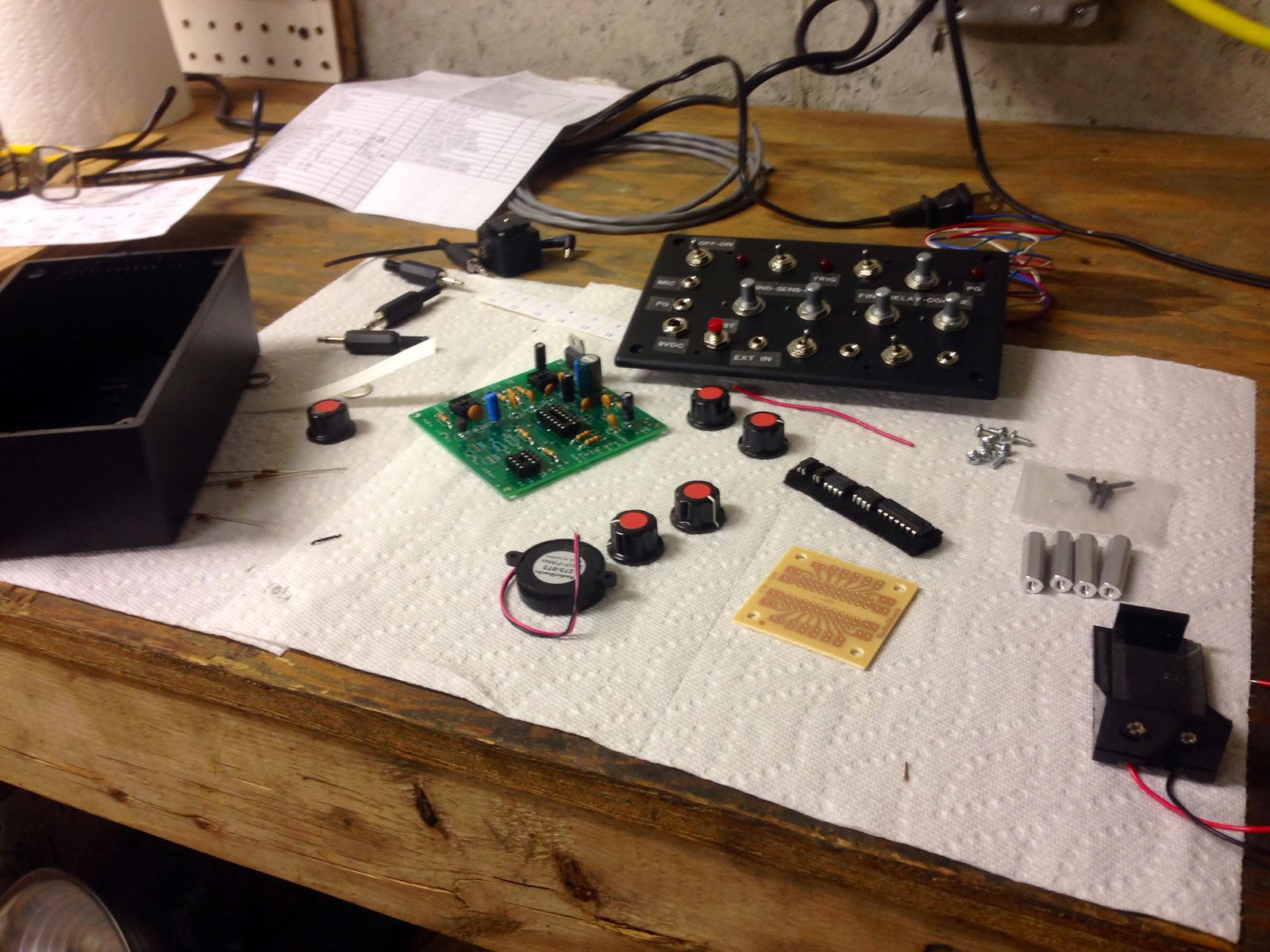 This week we completed the assembly only to discover that for some time we had been following the instructions intended for a different circuit board than the one we had!  I became convinced that it would be a miracle if it even turned on!

The instructions also included a nice warning about overheating some of the components (like the LEDs) that light up to tell you when things happen - only problem is that this instruction appeared quite a way into the instructions and we only read it after we had soldered the LEDs.  Putting these warnings earlier would have been helpful...

At the end of the afternoon we put it all together and assembled the trigger cables.  The kit comes with three triggers - the first is a motion sensor that has an emitting and receiving light sensor.  Breaking the light between these will trigger the camera or flash, the second trigger uses sound and the third, light (eg. lightning).

We assembled one cable each and tested the kit....

I was able to get my camera to work by clapping my hands and by moving something between the two light sensors. 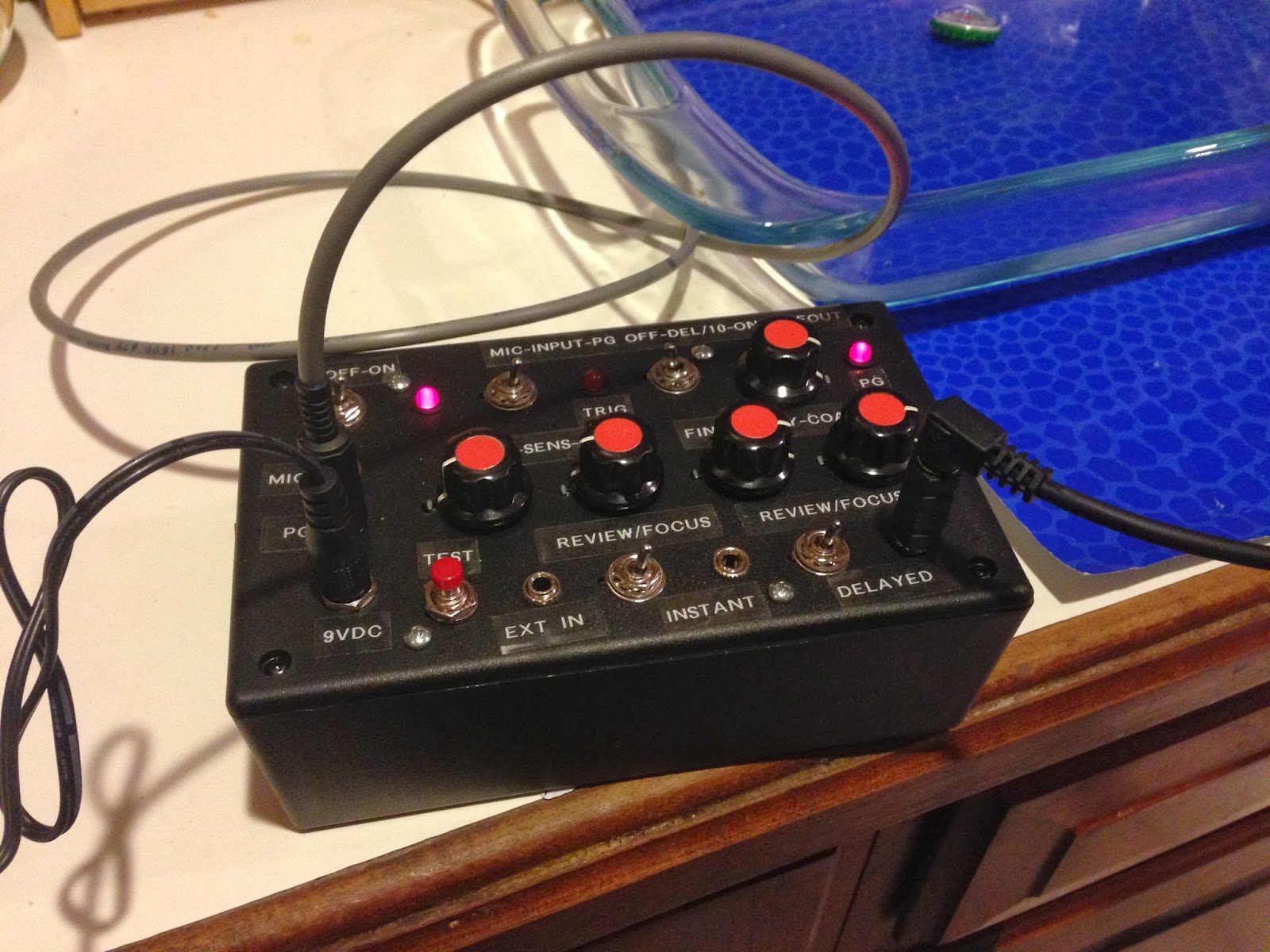 Tonight when I got home I set up a quick arrangement with the camera and a flash and played a bit with it.

There are multiple "potentiometers" which are volume controls to adjust sensitivity for things like how long the trigger is on for and more importantly how long after the sensor is triggered to take the shot.

This allows you to make tiny adjustments to the trigger so that if, for example, you are dropping something into water you can get the splash early or late or even get the photograph in before the flash.

Here is the setup.  You can see the wires hanging down in front of the camera.  Those are fairly close together (although they need not be - they allow you to drop something between them and set off the flash. 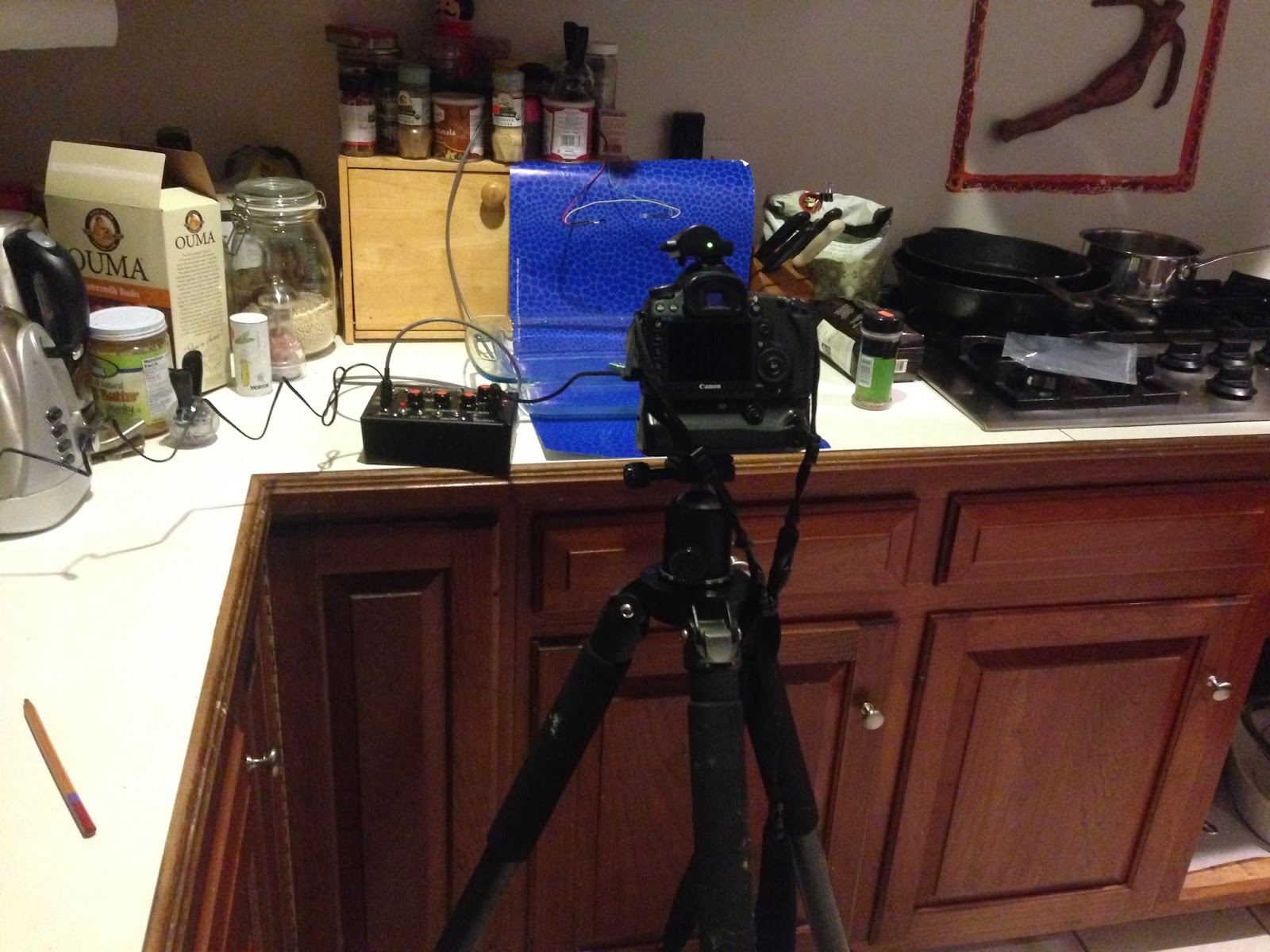 After a few tries with focus and adjusting the delay on the box - here is a photo of ice falling into water. 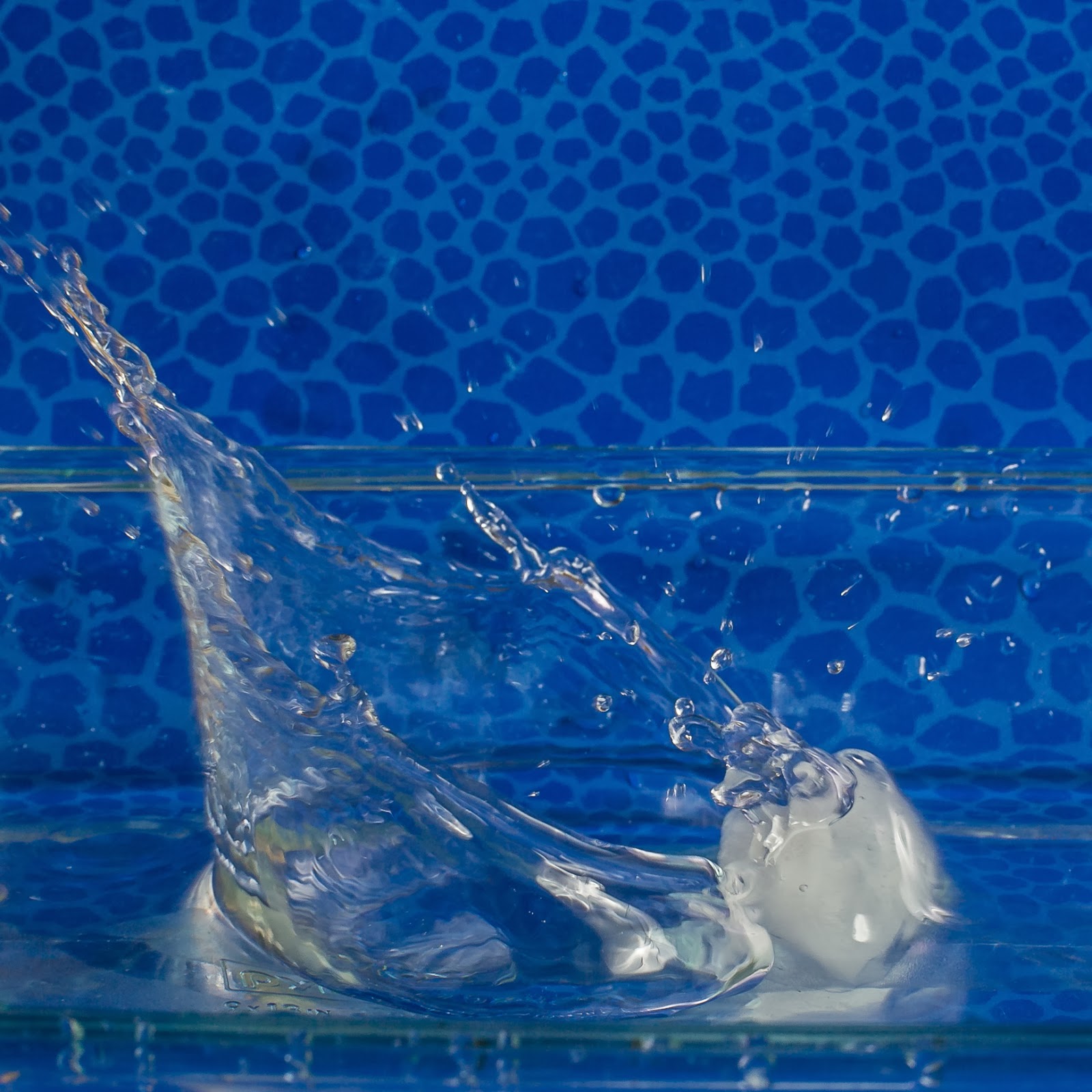